BACKGROUND
For this course, my group was tasked with improving public transportation with technology. I took on the challenge of redesigning the mobile app of Georgia's current public transit "MARTA." I wanted to provide a seamless and useful application for MARTA riders as well as adding in some perks for using public transit in Atlanta, where our traffic is well on its way to copying LA's traffic style. I also wanted to provide an infrastructure that digitized the MARTA Breeze Card by allowing riders to reload their card and scan it at turnstiles from their phone, with no need for a physical card.
My main inspiration for the concept was from Google Maps, Snapchat, and Starbucks Mobile. 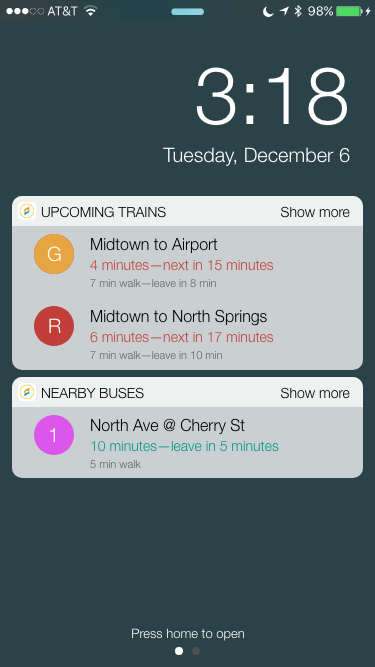 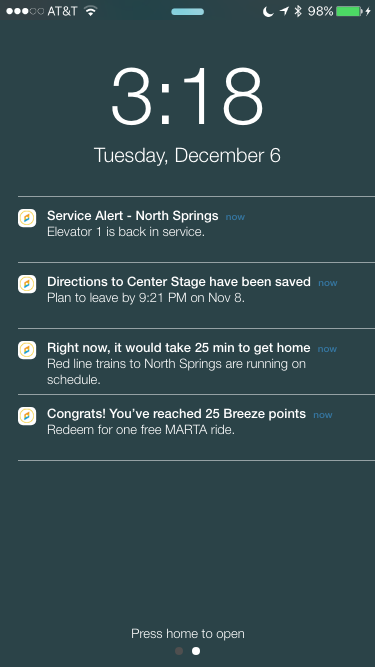 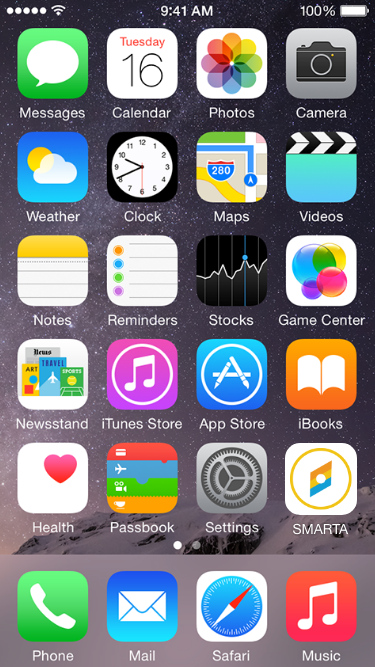 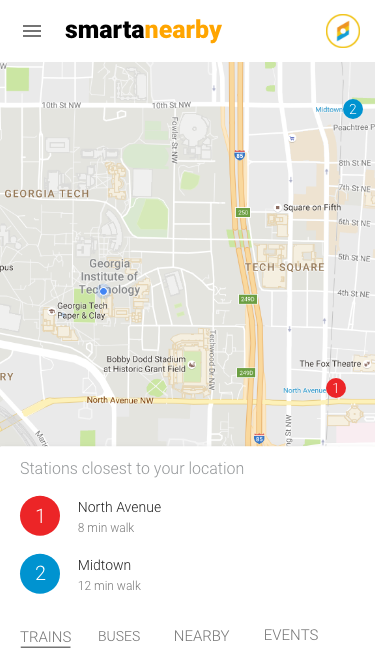 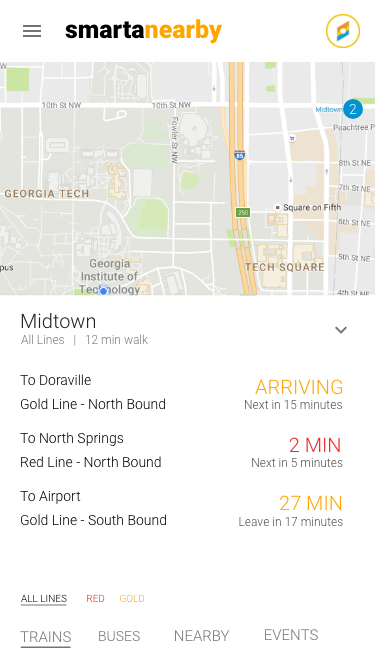 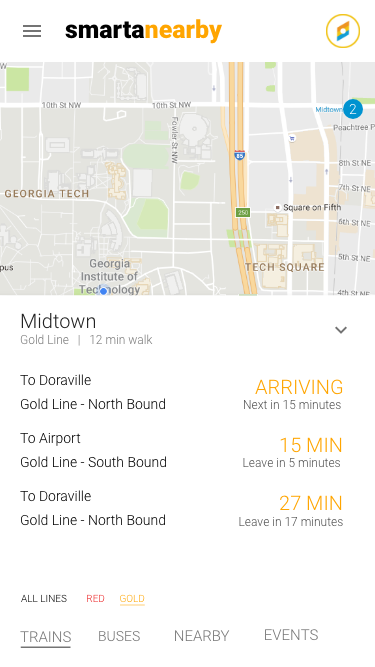 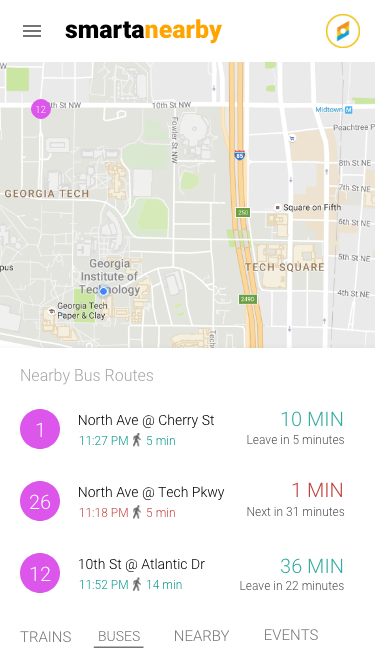 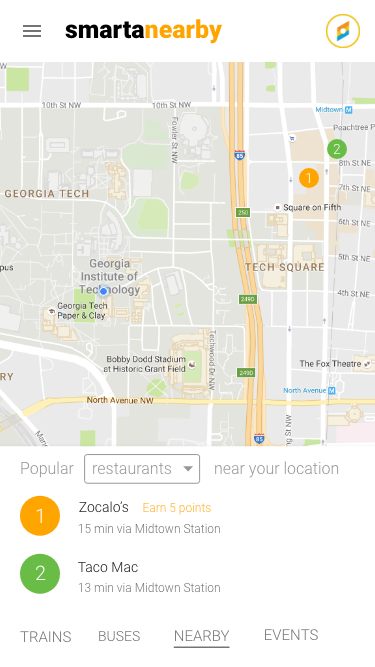 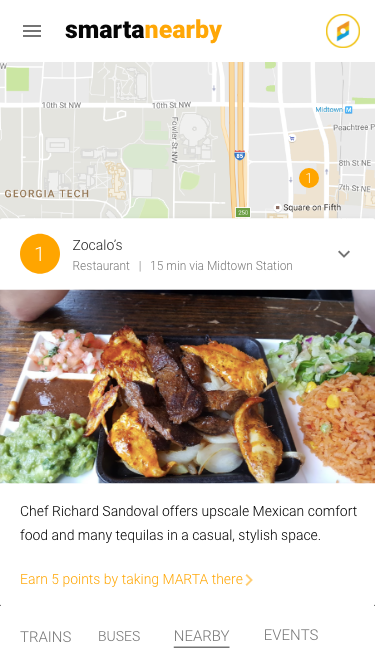 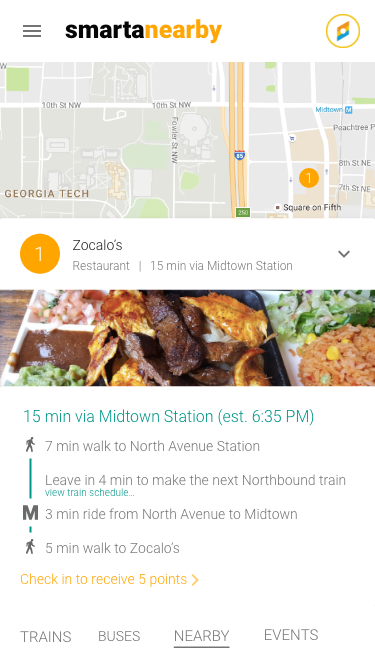 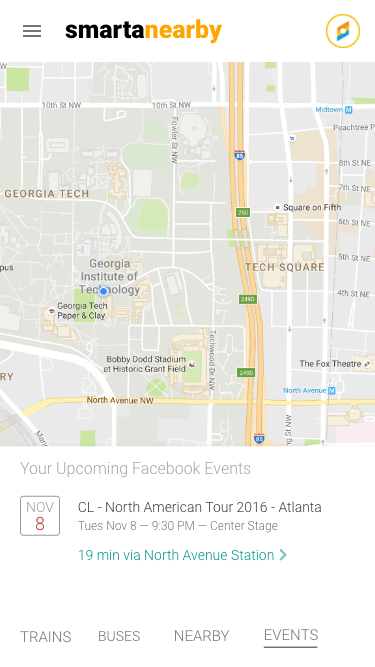 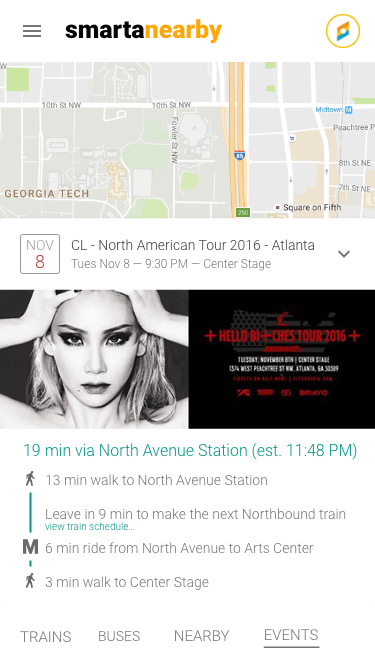 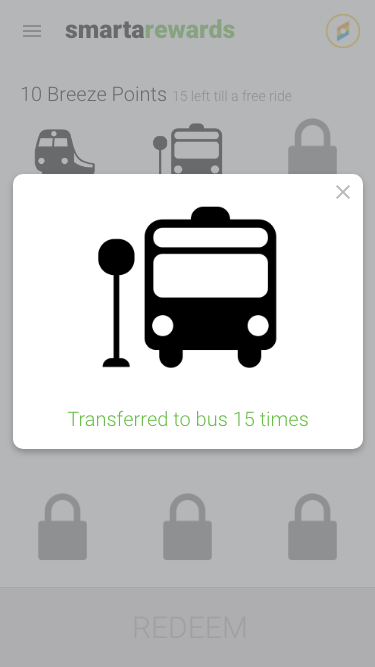 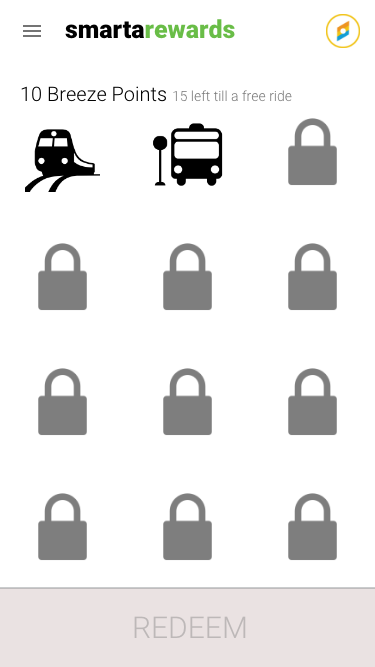 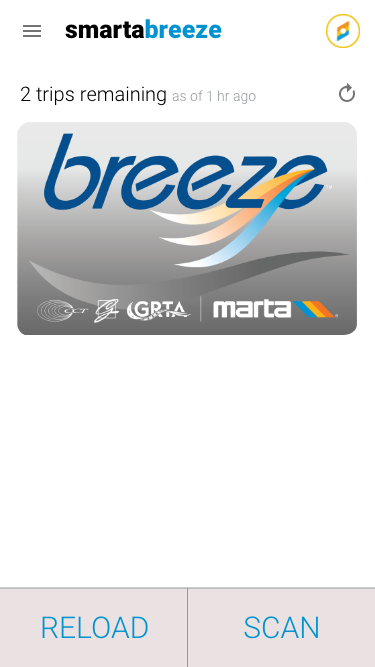 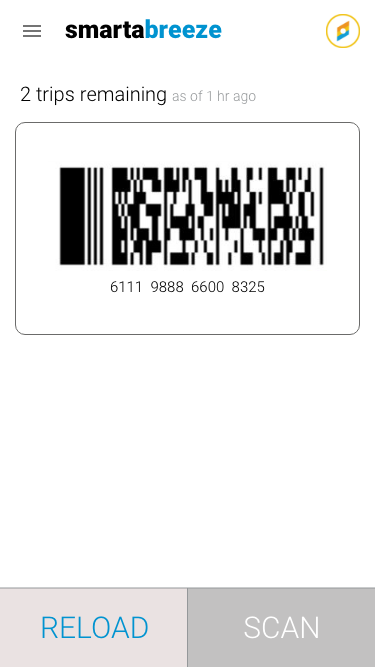 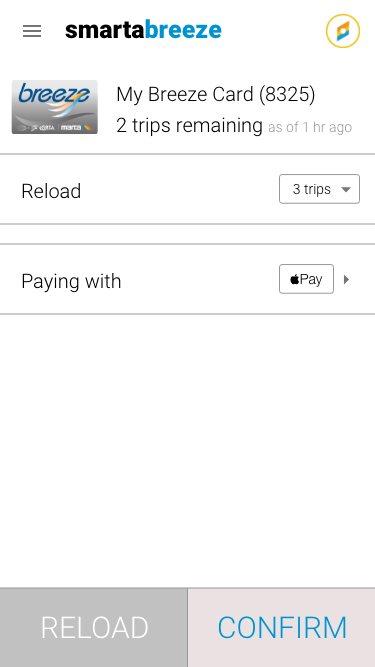 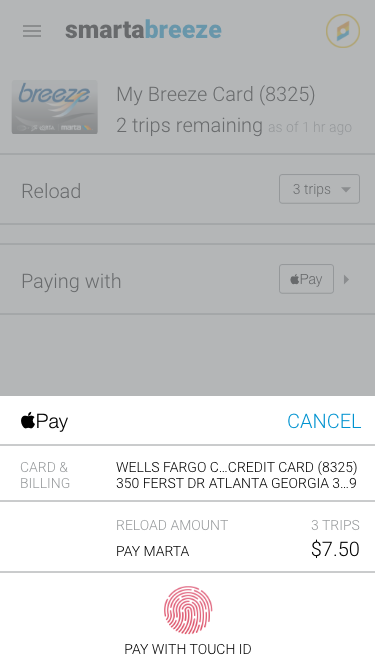 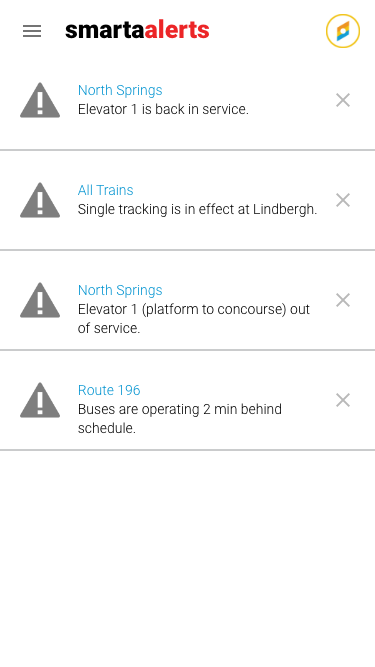 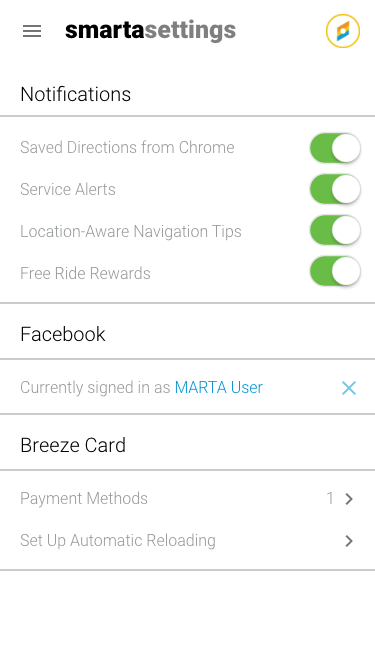 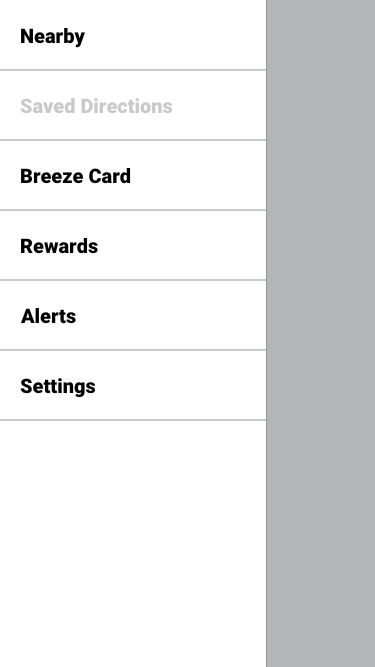 Chrome Extension
The Chrome extension provides inline transit directions for any address a user comes across on the web (Facebook and Yelp listing examples were included in the prototype). It also features a widget in the address bar that provides nearby transit and bus schedules, as well as directions to the user's Facebook events, in the same way the iOS app does.
View interactive Adobe XD prototype →